When I bumped into publisher and Philly local Josh O’Neill of Locust Moon Press and the recently announced Beehive Press at New York Comic Con, he had strange tales to tell. He was preparing a Kickstarter campaign focused on a little known turn of the century cartoonist, Herbert Crowley, and his work was as unusual as the saga of regaining his work from obscurity. Someone who stood shoulder to shoulder with Picasso and Winsor McCay had taken little interest in his own work in his final years, even going so far as to destroy it, O’Neill told me. O’Neill’s fellow art enthusiast as well as musician Justin Duerr had been on the trail of Crowley’s work for years, culminating in a scramble through a collapsed farmhouse in the woods where Crowley’s works were actually buried in the decay and being reclaimed by nature. It was a tale surreal and gothic, like Crowley’s own work in many ways.

O’Neill launched the Kickstarter to recover the works of this lost master in a finely bound volume shortly thereafter and while the campaign is steaming steadily ahead toward its high ticket funding, it still needs a lot of support to reach its goal. The project is the definition of worthy of support–documenting and bringing the work of an influential cartoonist to a new audience, a cartoonist whose work might be influencing the pages we read every day without recognition of that influence and contribution. As the Eisner and Harvey Award-winning publisher of Little Nemo: Dream Another Dream, O’Neill is singularly suited to bringing such a beautiful and important project to print.

I spoke with Josh O’Neill about the project, its goals, and its strange history.

Hannah Means-Shannon: Josh, when was the first time you seriously considered this project as viable, and what made you choose it above other projects you could potentially choose to work on?

Josh O’Neill: I first got in touch with Justin Duerr a little over two years ago. I was already aware of Crowley’s short-lived NY Herald comic strip The Wigglemuch, but had never seen any of his illustration, painting, or sculpture–as to this day nearly no one has. Justin sent me a selection of images, and I was absolutely blown away. I had never seen anything remotely like this stuff before.

It didn’t take more than a cursory glance through to decide that I wanted to do this book. His body of work is so stunning and overwhelmingly singular–getting this artwork into people’s hands struck me as a vitally important task. I told Justin that I absolutely wanted to publish this book, within 24 hours.

The viability was another question–and one which we’re still answering!

The book that Justin and I envision reproduces The Wigglemuch at full 11×17” size, with the highest production values, alongside a huge selection of Crowley’s artwork. A book like this is very expensive. Virtually no one has ever heard of Herbert Crowley before. So this project has always felt a little quixotic and risky, and I’ve always had an awareness that a book this ambitious could fall flat on its face.

We’ve had a great run for the first week of our Kickstarter, but we have a long way to go. A book like this can ONLY work through the crowd-funded passion of supporters like ours. So we’re hustling to spread the word far and wide!

HMS: Is this the first project from Beehive Press? Was that fortuitous or planned as a double-launch?

JO’N: This is indeed the first Beehive Books project! We’re planning to tackle a wide variety of publishing projects, but this seems like a perfectly exemplary launch. We’re focusing on the very best of comics and graphic arts, with singular design sensibilities and the very finest production values. This is going to be a book like no other, and a true art object. The team at Beehive Books intends to produce a lot of those. And this will not be our last collection of long-forgotten art and comics, or our last book celebrating great art throughout history.

HMS: Did you discover the works of Herbert Crowley while working on Little Nemo: Dream Another Dream? How does working on the former book inform your work on this book?

JO’N: I first saw the Crowley stuff in Dan Nadel’s 2006 Art Out of Time anthology–but it was through the Nemo project that I became more deeply fascinated by it, due to Crowley’s strips being printed on the back of Little Nemo in the New York Herald.

Though Dream Another Dream was a huge anthology of original content by contemporary artists and The Temple of Silence is an art book collecting hundred-year-old images, they’re both giant-format tomes celebrating the richness of possibility in comics and illustration. There are more than a few similarities there.

It’s only due to the Little Nemo experience that I feel confident that we can create a gorgeously produced volume of such great size and ambition. And my hope is that many of the wonderfully passionate people who bought the Little Nemo collection will continue to follow us deeper into the glorious backwoods of turn-of-the-century comics and art.

HMS: What do you think made Crowley avant garde in his day? Though he has been forgotten, do you think his influence survived in any subsequent cartooning on a more basic level?

JO’N: Crowley was right there in the early 1910s when avant garde art began to thrive in New York City. He was exhibited in the 1913 Armory show alongside Van Gogh, Picasso, Matisse, Duchamp, Renoir and many of the other most important names in modern art. Crowley, whose work was mining veins of symbolism, mysticism, and the unconscious (among many other sources) was very much at home among these geniuses of early modernism.

This was a moment when forms of art that were not considered to be serious in America (such as abstract expressionism) were suddenly and controversially ascendant, and the still-brand-new comics form was a part of that tidal change.

A little-remembered fact about the Armory show is that it featured work by a number of cartoonists. Picasso created comics. There was a more fertile back and forth between comics and fine art at that moment–and a much thinner line between the two–than there has been since. And no artist exemplifies that golden moment better than Herbert Crowley.

HMS: Tell us a little about working with Justin Duerr and the nature of your collaboration.

JO’N: Justin’s research into Crowley has been absolutely astonishing. As we detailed in our Kickstarter campaign, he actually pulled pieces of Crowley’s artwork and correspondence from raccoon nests in the collapsed ruins of Crowley’s old home in upstate New York. He traveled across Switzerland in search of Crowley’s descendants and far-flung pieces. By the time I became involved in the project, Justin had already assembled a mountain of amazing never-before-seen images.

My role was to work with Justin to envision the book project. I edited the authoritative biography of Crowley that will be included, worked with the Metropolitan Museum of Art to license many of the images, found a designer for the volume, and built the Kickstarter campaign, including working closely with the incredible filmmaker Jon Foy on the wonderful video telling Justin’s and Crowley’s story.

This is Justin’s incredible passion project, and he’s put the better part of a decade into it. But I’ve become completely obsessed with our mission as well, and have committed myself fully to making the best book possible.

HMS: What have you seen of the personality of Herbert Crowley in his work? How would you describe him from your own perspective?

JO’N: From all accounts Crowley was a somewhat troubled person. He struggled with depression, and perhaps other forms of mental illness. In his art he sought a balance that he struggled to find in life.

Much of his work is very dark, strange or frightening, but so much of it is also funny, charming, child-like and silly. From our research and Crowley’s correspondence, these seem to be the two sides of his personality as well. The best of his work contains the richness of both of these elements. And all of his work shows the desperate passion of an artist struggling heroically to use his work to understand the world, to explore himself, and to reinvent his medium. His art communicates a powerful and strange figure across a forgotten century.

HMS: When I spoke with you recently, you mentioned that Crowley seemed to have a very idiosyncratic belief system that may have affected the rise and fall of his reputation. Could you tell us more about that?

JO’N: Crowley believed that his art had spiritual purposes–that it could bring balance to himself and his world, that it could combat the forces of evil and foster goodness. Near the end of his life, he seems to have had a sort of nervous breakdown in which he decided that his work was on the wrong side of this struggle. He decided to destroy everything he had ever made, burning most of it and throwing the rest into Lake Maggore in Switzerland.

This may be part of the reason for his obscurity–his surviving work mostly consists of reproductions, and original pieces that were in the possession of his ex-wife, Alice Lewisohn, and other friends and relations.

Crowley’s neuroses and struggles with his psyche may also have contributed to his withdrawal from the art world, and his failure to exhibit artwork for the last two decades of his life. This is just conjecture–but his correspondence shows that his interactions with the art world often caused him enormous stress and anxiety.

HMS: Do you hope, eventually, to have a gallery showing of this newly discovered work by Crowley, just as you exhibited works from Little Nemo?

JO’N: I do! I can’t give any real details on this yet–but I’m very hopeful to have a wonderful exhibition of Crowley’s work that appears at some very high-profile locations. This work needs to be seen! We will let you know how these plans develop.

HMS: How ambitious is this Kickstarter goal, and what needs to happen for this book to reach the finish line?

But my belief all along has been that this work is so astonishing that it speaks for itself–I think that all we need to do is get this stuff in front of the eyes of lovers of art and comics everywhere. Which is where you come in, Hannah!

Thanks for your help in spreading the word. I hope your readers will join us in this campaign, and continue spreading the word to their social networks–we are the vectors through which Herbert Crowley can work his strange magic on the world!

The Temple of Silence: Forgotten Worlds of Herbert Crowley Kickstarter campaign runs until Friday, November 11th. Find out more about that here .

Here’s the trailer to learn more about the campaign:

UPDATE: This article appeared on Bleeding Cool.com and on the evening of October 20th, the campaign broke its $50,000 goal! It’s now moving toward stretch goals until November 11th. Don’t miss out on the chance to take part in this campaign. 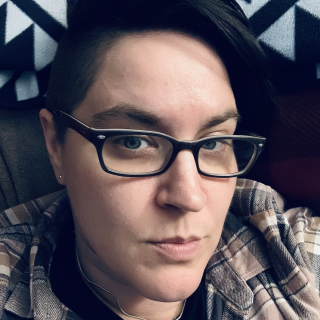